A Trusted Name in Dry Cleaning Since 1939.

When you start a chicken business, you need a way to keep clean. 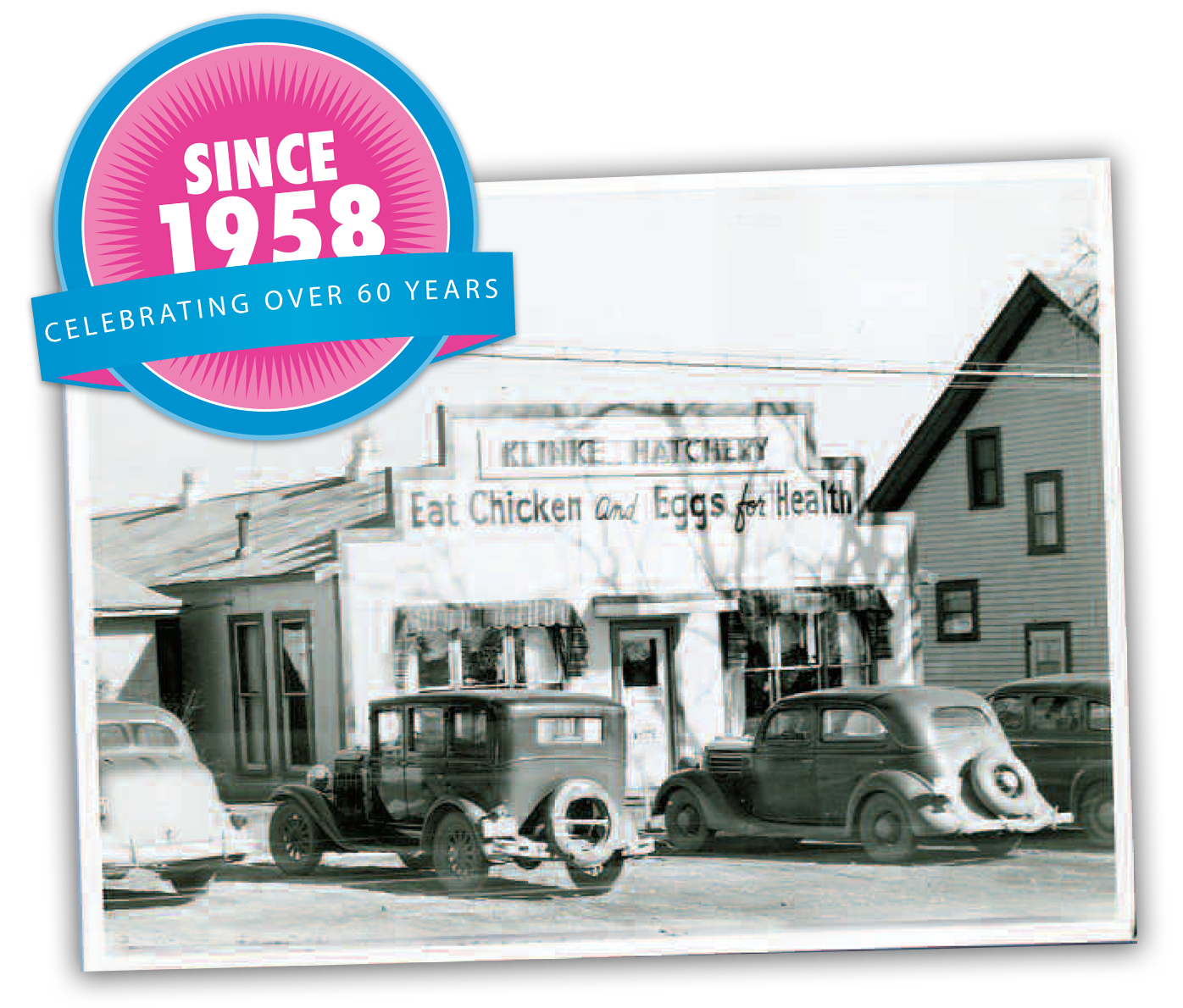 In 1935, Maurice Klinke started Klinke Hatchery to produce baby chicks that were sold throughout the United States. In 1958, when the land around the hatchery shifted from rural to urban, Maurice converted the hatchery into a shopping center. He used one of his own tenant spaces to open Klinke Econo-Wash Laundry in 1958. To keep up with customer demands, dry cleaning machines were added, and the business was converted from self-service to full-service. Klinke Cleaners was hatched!

Since the early days, we’ve added more locations and services to keep our customers happy. We are now a third generation company with 17 locations across southern Wisconsin, and we offer free pickup and delivery as well.

Why did the chicken business cross the road? To become Klinke Cleaners, the state-of-the-art dry cleaning and laundry service you enjoy today.

Klinke Through the Years

Maurice and Trudy Klinke started Klinke Hatchery on Monona Drive in the early 1930s. Maurice Klinke, along with his father,  Richard, built the original hatchery. During its heyday, this hatchery produced 125,000 plus baby chicks each week and shipped them to destinations from North Dakota to Indiana. Klinke Hatchery was one of the largest hatcheries in the Midwest.

Hazel Hoffer, one of our coin dry cleaning attendants, is weighing in an order for a customer. The Econo-Crest dry cleaning machines in the background were early forerunners of the modern dry-to-dry cleaning machines. Wearing apparel was put into the machine, soiled and dry, and if everything worked as planned, the clothing came out of the machine, cleaned and dry. This cleaning “by the pound” was a low-cost concept that from its inception was greatly applauded by our customers.

Maurice Klinke, with two of his attendants, in the new “Bulk Dry Cleaning” department. While coin laundries were relatively new in the mid-50s, bulk drycleaning was a brand-new feature in the 1960s. The concept was drawn up to be similar to customers using coin laundries. However, problems resulted when unknowing customers put mixed items in the dry cleaning machines and these items bled, shrunk and were so damaged that they became unwearable. The only alternative was to add an attendant. This person would weigh in the dry cleaning, sort the order, check the pockets, and then process the load. Back then, 10 lbs. of dry cleaning was $2.00. Although this was clean only, the price per piece was less than 25 cents.

Two of our key employees, Marion Fleming and Gladys Torke, were involved in our first Klinke Cleaners location at 4518 Monona Drive. At this time, our location included an in-house shoe repair station, a coin laundry, coin dry cleaning, and full professional dry cleaning services. All services were performed on site. A total of eight employees worked at Klinke Cleaners, not counting Maurice and Trudy Klinke, their son, Jim, and daughter Lois. 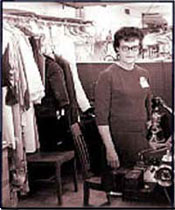 Alterations and tailoring were mainstays at our original location. Customers would come from all parts to be fitted by our expert staff. Although there were several tailoring shops in the Madison area, Klinke Cleaners was the first to have in-house tailors, available to the customers six days a week. Through the years, Klinke Cleaners gradually added to its list of serviceable household items. In this photo, Marsha Klinke is handing out draperies to her father-in-law, Maurice Klinke, for a drapery promotional ad. Currently, Klinke Cleaners cleans drapes, pillows, comforters, leather jackets and rugs. 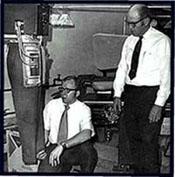 Jim and Maurice Klinke in an early photo. New equipment was installed at our Monona Drive facility in a major plant renovation during the winter of 1971. This equipment included the pants topper (used for steaming out the waists of slacks) and the pants legger (used for setting the creases in slacks). All the equipment purchased was the latest in technology and made for a major improvement in employee efficiency and customer satisfaction.

Alice Walsvick, a longtime employee, is shown pressing shirts on our new, modern shirt-finishing equipment. A very dependable and quality-conscious employee, Alice took great pride in the quality of her work. The shirt-finishing process today is basically the same as it was 20 years ago. After washing, shirt sleeves are pressed on a sleever device which blows out the sleeve using air pressure, and then the sleeve is pressed on stainless steel plates. Collars and cuffs are then pressed on another unit before the shirt body is pressed on yet another piece of equipment. Lots of training and coordination are required in order to do a quality finishing job that the consumer will like.

Jim Klinke and Maurice Klinke are featured in the “American Drycleaner” industry magazine. The article talked about Klinke Cleaners fast growth into uniform rental. This facet of the Klinke operation was begun in 1974 by Jim Klinke and rapidly rose to national prominence. The company leased uniforms, mats, dust cloths, etc. to over 600 southern Wisconsin companies. 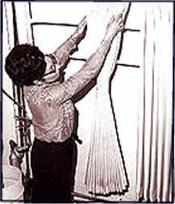 The first phase of drapery pleating by Marie, one of our garment finishers, is depicted. A great deal of care is taken in the handling of draperies. After the drapes are cleaned and pressed, the fabric is hung on a drapery pleating machine, with the pleats lined up, and a steaming of the pleats sets the pleats in a soldier-like row. This process is very time consuming but the results are well worth the effort. Marie examines the draperies before the final banding takes place. Note the exacting uniformity which exists in the finished product. Great care is taken in order to ensure evenness and balance.

Margaret Gross is attending to a customer in our very first drive-up window. With the growing business trend to provide quick and quality service, the addition of a drive-up window was a natural progression. Due to the instant success of this added service, drive-thru windows have been added to as many Klinke Cleaner locations as possible.